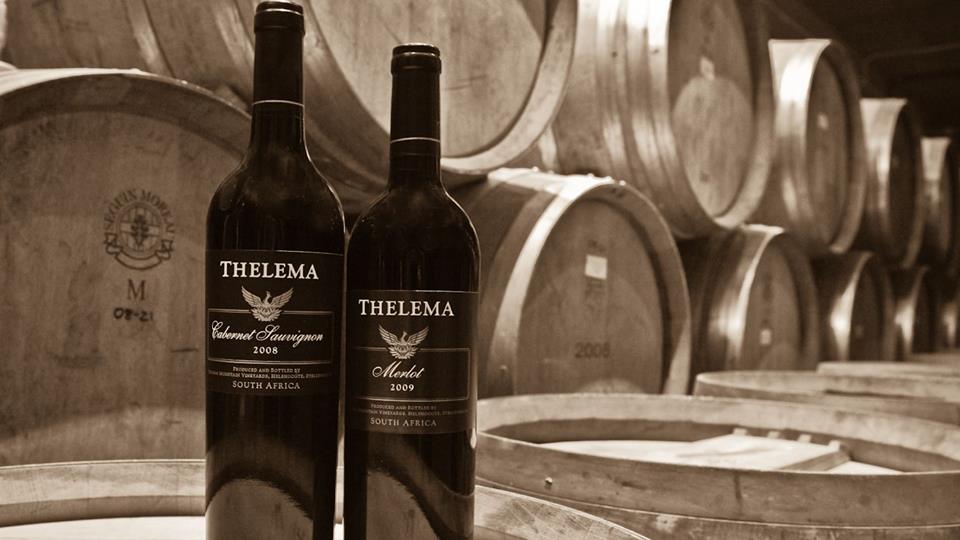 Lanser’s on Main and Thelema Wines invite you to join us for an exclusive food and wine pairing evening.

These evenings have become favourites for many of our guests. R395 per person. Booking is essential.

Gyles Webb bought Thelema, a charming dilapidated fruit farm, in 1983 with the help of his wife’s family. Fruit orchards were pulled out and vines were planted. The manor house was restored and the first wines under the Thelema label were released in 1988. The ripe pure-fruited wines were a revelation to many and it wasn’t long before the romantic tale of a run-down old fruit farm became the success story of an avant-garde winery. By the mid 90’s Thelema’s wines sold out within a month after release, making it one of the most sought-after wine estates in South Africa.

Thelema is, as far as we’re concerned, one of the most beautiful places on earth with great old oak trees, spectacular mountain views and colourful, noisy peacocks. Situated at the top of the Helshoogte Pass with elevations that range between 370 to 640 meters above sea level and mainly south-facing slopes, it is also one of the highest and coolest estates in the area. The high altitude and the deep red soils are ideal for premium quality wine grape production.

We do not buy in any grapes and all wines are bottled on the estate to maintain absolute control over every aspect of the wine production. The terroir in combination with Gyles Webb’s wine making style result in flavourful, flamboyant, complex and long-lasting wines with a distinctive South African character. In 2000, Gyles moved into the role of cellar master and handed over the winemaking duties to the talented Rudi Schultz (one of the famous Schultz winemaking brothers). We hope you enjoy our wines.